Where in the World Are You? Top 25 Dumbest Twitter Locations 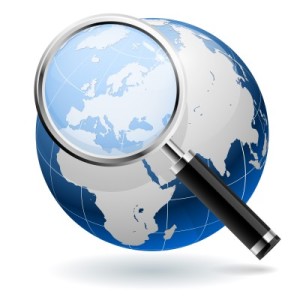 Defining your location on Twitter is easy, but is frequently overlooked. Marketer Lynn Serafinn explains why it is important, and shares some amusing bloopers.

I’m always amazed by how many people do not realise the importance of filling in your Twitter profile with clear and accurate information. In a previous article called ‘Who Do You Think You Are?’ I talked about the need for Directness (#4 of the 7 Graces of Marketing) in your Twitter bio. In that article, I talked about how good keywords combined with plain, simple language can help people find you, know you and connect with you.

But last night, while preparing a ‘to follow later’ list for Tweet Adder 4.0 (explained below), I discovered that while many people take at least some care in composing their Twitter bios, a huge percentage of them mess up on one other very important component of their Twitter profile: their location.

When you create your profile, Twitter asks ‘Where in the world are you?’ intending for you to insert your physical location. It seems like a simple enough question, but a surprising number of people REALLY get the answer ‘wrong’ by trying to be funny, clever, cute, creative or evasive.

Now, I can understand if some of you are thinking, ‘I value my privacy. Why should I tell the world where I am?’ If you are using Twitter solely as a means of personal social networking, it’s perfectly fine to be as unclear about your whereabouts as you wish. But if you intend to grow your network for business purposes, making it difficult for other people to find you within the dense forest of the Twitterverse puts you at a severe disadvantage.

It is also true that one could argue that the question, ‘Where in the world are you?’, is open to some interpretation, but Twitter does say ‘location’, and gives you a limited number of characters to say where you are. So let’s take this at face value, and assume this is where we are supposed to tell people where we are actually located.

To show how and why getting our location right on Twitter is important, I thought it would be informative (and amusing) if I shared:

2) The Top 25 most USELESS ‘locations’ I found during my search, so my readers don’t make the same crucial errors.

During my search, I came up with an initial list of 5000 potential Twitter leads and then filtered the data to arrive at a final list of about 1500 good leads. Here’s the process I used:

Who Needs Labels? Aren’t We All One World?

You might wonder why specifying location is such an important part of your Twitter bio. After all, are we not all part of One World? Besides, isn’t the language setting enough for people to go by?

It’s true, we are all part of One World. I often call myself a ‘global citizen’. But in business reality, knowing the location of our customers, readers and followers is still important. Perhaps you are a local shop or business, serving a geographically defined community. Perhaps you do offer your products and services via post, phone, Skype or Internet, but you are unable (or you don’t want to) to offer them in all corners of the world. Or, perhaps what you offer isn’t relevant to people in some parts of the world. Even in Cyberspace, location is still relevant.

And as far as depending on the Twitter language setting goes, many accounts that list ‘English’ as their primary language do not Tweet in English (and I assume this is the case for many other languages). I think this may be because English is the default setting, and some people do not bother to change it, but I might be wrong about this.

Now, I’ve studied many languages but I wouldn’t say I’m fluent in any of them except my mother tongue of English. So, if I see a Tweet in French, Spanish, German, Italian (and sometimes Hindi) I can give it my best shot, but I have NO hope of understanding Dutch, Russian, Chinese, Arabic, Korean, Japanese, Portuguese, Turkish, Thai, or any other language I frequently see on Twitter.

We might idealistically like to think we are all One World, but on a practical level, if our Twitter stream is glutted with Tweets in languages we do not understand, it can start to feel like the Tower of Babel. Many of my new clients express frustration with Twitter for this very reason. Seeing streams of Tweets in languages they cannot understand, they cannot figure out how Twitter can help their business if they have no way to engage with their followers.

For this reason, it is essential to take a few minutes to create a Twitter profile that makes it easy for people to find you. SAY WHERE YOU ARE LOCATED, for heaven’s sake! I am not the only Twitter-obsessed marketer out there who is filtering leads to ensure I am connecting with the ‘right’ audience for me and my business. Anyone serious on Twitter is doing the same.

In short, the bottom line is this:

If you are not being found on Twitter, it’s because you are not making yourself findable.

Give yourself the best shot by telling people where in the world you really are.

Please note that all hyperlinks for Tweet Adder are my affiliate link and I do make a commission when people purchase the software via my link. I’ve used Tweet Adder for a number of years, and I talked a lot about its earlier version (3.0) in my book Tweep-e-licious! 158 Twitter Tips & Strategies for Writers, Social Entrepreneurs & Changemakers Who Want to Market Their Business Ethically.

The new Tweet Adder 4.0 came out in May 2013, a few months after the book was published. Many of the methods and parameters I used above are features of the NEW version of Tweet Adder, which is significantly different from the version I spoke about in the book. I’ll be publishing an update to Tweep-e-licious later this summer, sharing tips on how to use the new version. If you’ve already bought the book, you’ll get this update via email if you’ve requested your Resource Pack. If you haven’t downloaded your Twitter Resource Pack, you can do so by CLICKING HERE.

If you haven’t bought the book Tweep-e-licious! I do invite you to check it out, even before this update is released. The book provides a wealth of information on constructing your bio, creating effective Twitter content, finding your ideal audience, utilising Twitter lists, building relationships, using hashtags, automation and much more. You can buy the book OR get a taster of its contents in my free 90-minute Twitter audio class at #. Then, when you register for your Resource Pack, you’ll be on my list of people to receive the update, with a complete breakdown of the new Tweet Adder 4.0 features and how best to use them.

I hope you found this article to be useful (and perhaps a bit entertaining). I hope you’ll share your thoughts and feedback in the comments below.

Then please subscribe using the form at the upper right side of this page, so you can receive our articles to your inbox.

KINDLE users
You can help subsidise ethical marketing training courses for young social entrepreneurs in need. Just subscribe to the blog on Amazon for 99 cents a month (77p UK), and you’ll receive all our articles delivered directly to your Kindle device. All profits go to our 7 Graces Scholarship Fund. You can take a 14-day free trial before you decide. You’ll get a new article 2 or 3 times per week. Check it out at Amazon US or Amazon UK.

Looking for a Tribe?
Come join our 7 Graces group on Facebook, and join us at our monthly meetings. They’re free to attend and we have them both in person and online, so you can participate from anywhere in the world. This is NOT a “business group” but an active community where people actually know and support each other.

Find out more about how changing the paradigm can help make the world a better place:

The 7 Graces of Marketing: how to heal humanity and the planet by changing the way we sell, by Lynn Serafinn, where you can learn how the 7 Deadly Sins and the 7 Graces impact the world through media and marketing.

PLEASE VOTE for the 7 Graces of Marketing for the People’s Book Prize (voting ends 31st August 2013). Sample chapters of the book are available from their site.

Tweep-e-licious: 158 Twitter Tips & Strategies for Writers, Social Entrepreneurs & Changemakers Who Want to Market Their Business Ethically, by Lynn Serafinn, which can help you learn how to create meaningful collaborations through Twitter and other social media.

LYNN SERAFINN, MAED, CPCC is a certified, award-winning coach, teacher, marketer, social media expert, radio host, speaker and author of the number one bestseller The 7 Graces of Marketing — How to Heal Humanity and the Planet by Changing the Way We Sell and Tweep-e-licious! 158 Twitter Tips & Strategies for Writers, Social Entrepreneurs & Changemakers Who Want to Market their Business Ethically. She is listed in the Top 20 of the Top Marketing Authors on Twitter by Social Media Magazine and was a finalist for the prestigious Brit Writers Awards. She also received the eLit Book Awards Silver Medal in Humanitarian and Ecological Social Affairs, as well as the Bronze Medal in Business and Sales.

Lynn’s eclectic approach to marketing incorporates her vast professional experience in the music industry and the educational sector along with more than two decades of study and practice of the spirituality of India. Her innovative marketing campaigns have produced a long list of bestselling non-fiction authors through her company Spirit Authors. Lynn is also the Founder of the 7 Graces Project CIC, a not-for-profit social enterprise created to train, support, mentor and inspire independent business owners to market their business ethically, serve society and planet, and restore all that is best about humanity.